Ghanaian Tik Tok Star Asantewaa rose to fame with numerous online videos.She has been tagged as one of the brilliant content creators in the country.She is currently the brand ambassador for many respectable companies as well

However Asantewaa was in the news after she made certain statements in the media space.Speaking to Kwaku Manu in a recent interview, she said “Koo Fori is my her biological father, I met her husband on a movie set”.

She also admitted that she is mostly tagged as his daughter but that was not the case hence she sees herself as his Entertainment daughter instead.Asantewaa also clarified that her current husband came to visit a friend on a movie set she was shooting on so she developed strong connections with him after everything and he later agreed to marry her. 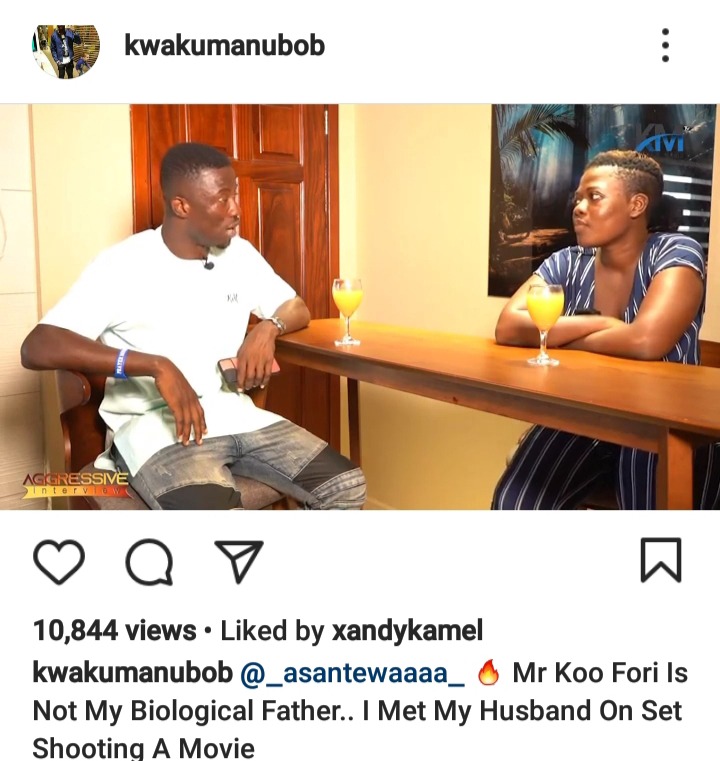 Husband Pours Hot Water On Wife For ‘No Food

Nana Aba Anamoah To Asaase Radio: Your Impact Has Been Tremendous

My dream was to become a military officer – Stonebwoy