The family of Flt. Lt. Jerry John Rawlings has announced the death of the former Ghanaian President.

In a brief statement released on the letterhead of the ex-president, the family said: “it is with deep sadness that the family of His Excellency Jerry John Rawlings (Rtd), informs the general public that the former President of the Republic passed away on Thursday morning after a short illness.”

In the statement signed by the first daughter of the former President, Zanetor Agyeman-Rawlings, the family requested for “privacy at this difficult moment” and announced that “details of funeral arrangements will be announced in due course.

Ex-President Rawlings, aged 73 is reported to have passed away at the Korle-Bu Teaching Hospital at 10:10 am on Thursday.

His death came as a shock to the nation even though reports following his death indicate he was on admission at the hospital since the weekend.

See below the statement by the family of Ex-President Rawlings 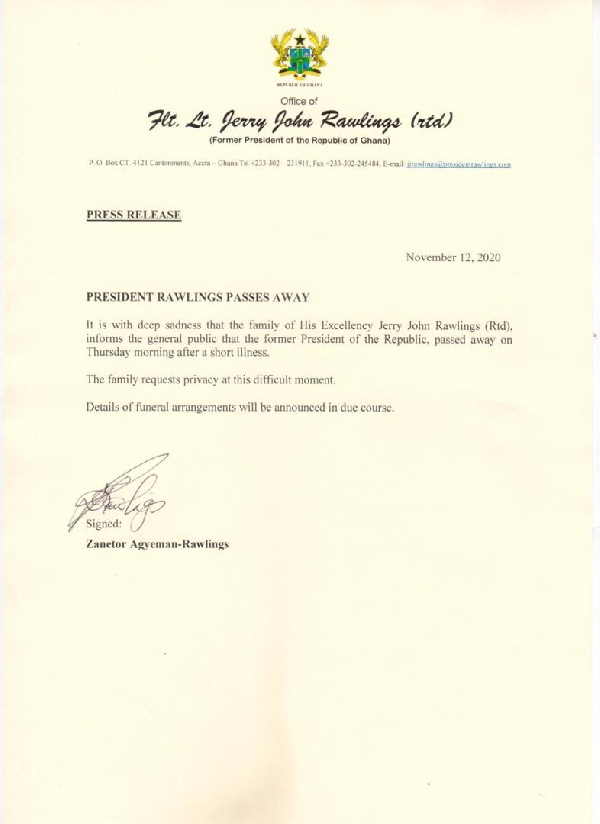