A video circulating on social media over 30 military men assaulting residents in Wa which is the capital of the Upper West Region Of Ghana. According to reports provided, the military brutality in Wa happened around noon all because of phone theft. 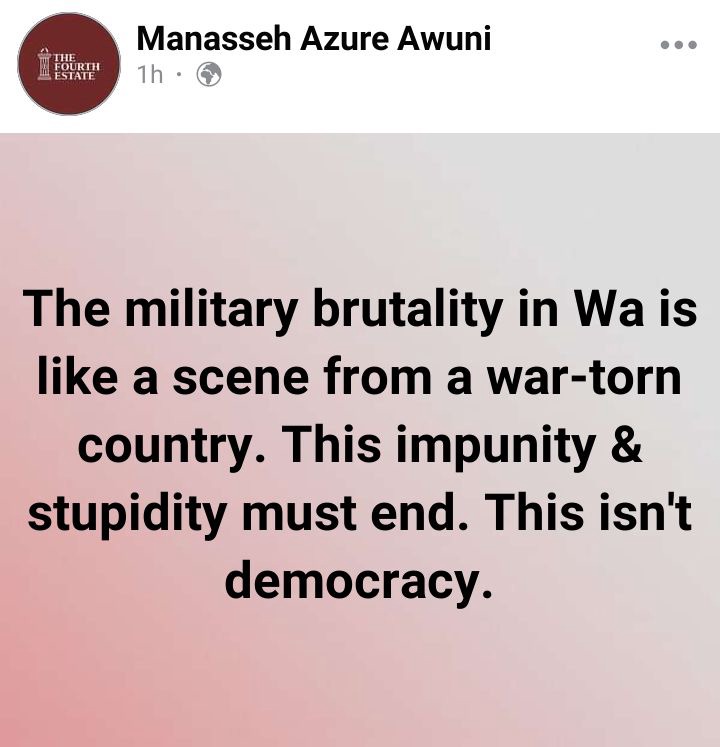 E/R: Ofoase Residents Agitating Over Failure by PIPS to Investigate Killing of Resident By Police

Covid-19: Akufo-Addo updates guidelines for funerals and weddings amid fears of third wave