The Founder and Leader of Prophetic Hill Chapel, Nigel Gaisie has thrown some Ghanaians into distress as he warns of some troubling circumstance that might befall the Finance Minister, Ken Ofori Atta. The Prophet on his official Facebook page a while ago called on Ghanaians to intercede in prayer for the Finance Minister.

He came writing boldly on his page; “Ghana should pray for the Finance Minister…it’s not looking good.”

This simply meant that something ain’t right with whatwvee the Prophet saw or had witnessed over the past hours. It gets so worrying, at least for some persons like myself, to learn at this final days leading to the elections, about such news. 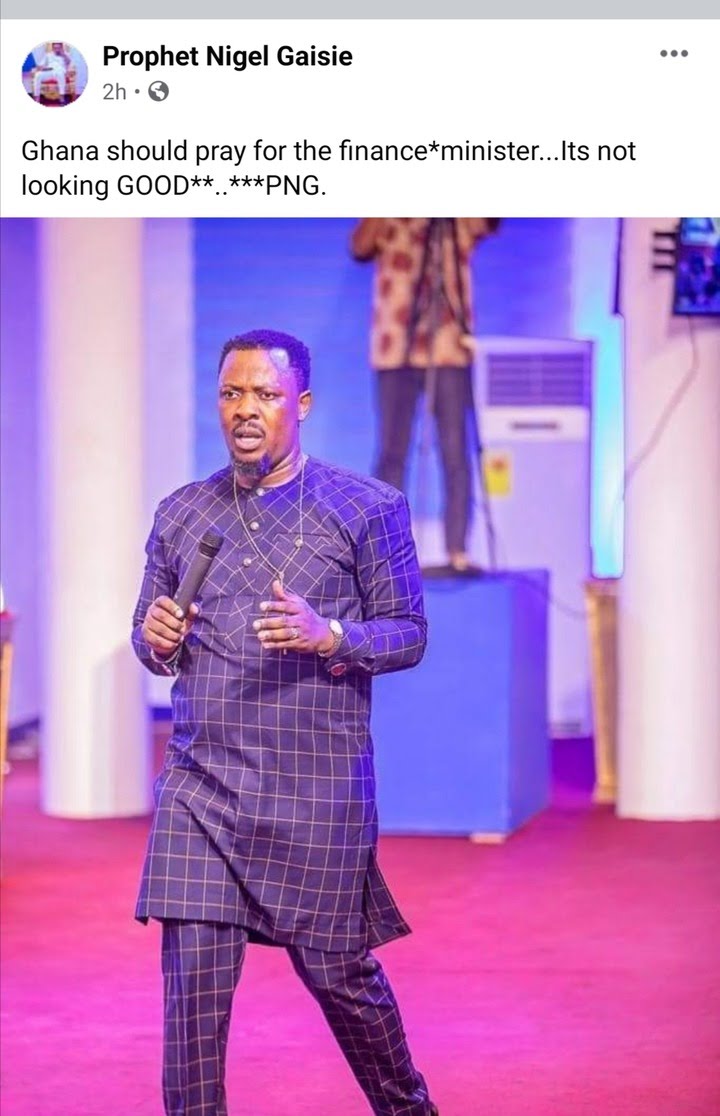 In just a few days away, barely 3 days to the general elections, Prophet Nigel Gaisie has been dropping serious prophecies about the coming elections.

He claims the ballot boxes in safekeeping are being cut open from beneath the boxes, and ballots are changed and stuffed with votes in favor of someone else (a Presidential Candidate).

According to him, the vision he saw about the aftermath of the special voting exercise is scary and very dangerous, therefore drawing the attention of all to be careful and watchful.